Have You Met The Canadian Windows Azure Community Experts?

This happy bunch of professionals share about their experiences through user groups, blogs, twitter, forums, stack overflow and other platforms.

A Windows Azure MVP & Windows Azure Insider, helps you to make informed decisions. Provides both technical and architectural guidance for your Windows Azure solutions. Being a strong believer in clean code and best practices, he employs agile practices in order to produce maintainable solutions. Exploring .Net since 2002, his passion for new technologies has driven him to work for companies like Pratt & Whitney Canada, Air France and CGI. After two years in Paris as a .Net consultant, he is now part of Runatserver a team of highly qualified; certified experts specialized in the latest Microsoft technologies.

With over 10 years of development experience I am a knowledgeable and skilled professional. I have extensive experience using a number of industry standard legal, financial, social networks and user generated content systems and developing software to integrate those systems together seamlessly. Enthusiasm, commitment, organized, team work skills and leadership qualities are some of the characteristics recognized by past employers and colleagues; all of which have been demonstrated by an exceptional quality of work in my career history.

A partner at ObjectSharp Consulting and a 30 veteran of the computer industry. The first third of his career was spent doing “Real Work”, otherwise known as coding in the UNIX world. But for almost 20 years, he has been working on projects that are at the leading edge of Windows technology, from C++ through Visual Basic to C#, and from thick client applications to Web sites to services.

As well as having fun with building systems, Bruce has spoken hundreds of times at conferences and user groups throughout North America. He has been a Microsoft Certified Trainer (MCT) for the past three years and he is a co-president of the Metro Toronto .NET User Group. And he has written columns and articles for numerous magazines. While the quantity of the posts on his blog have decreased recently, the activity on his Twitter account has shown a corresponding increase. For all of this activity (or, perhaps, in spite of it), Bruce has been privileged to be recognized as a Microsoft MVP for the past six years. 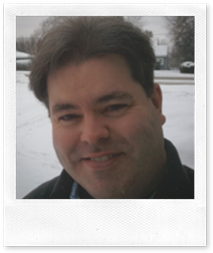 He has founded 3 companies and his recent business solutions are in use creating measured results by 10,000s of users at renowned companies world-wide. Colin has trained 1000s of people across North America, on core

He speaks regularly with his British accent at conferences, events and code camps for Microsoft and community organisations as well as being a college academic advisor. His recent articles, interviews and webcasts can be found on Channel9, .NET Rocks, DNR TV, Mobile Developer Magazine & DZone and on his blog. 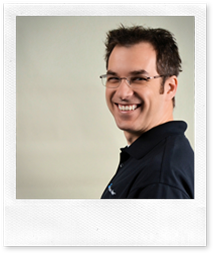 Is a Solutions Architect based in Montreal, Canada. He is the Microsoft Regional Director for the Montreal region and a Windows Azure MVP. He has been working and developing with Microsoft development tools since the launch of VB 3 in 1994. His focus is helping organizations build better software using Microsoft technologies. He’s been a speaker at developers’ conferences like Microsoft TechDays and DevTeach. Guy is also president of the Montreal .NET Community and the Visual Studio Talk Show Internet radio show co-host.

Is a fast-moving speaker that keeps you on your toes with content coming a mile a minute (or faster). He pulls no punches with the technology he talks about, and knows it inside-out because he uses it every day. Employed at LogiSense Corp as the Product and Community Development Manager, James is also a Microsoft MVP in Asp.Net/IIS and speaks at conferences, workshops, UG events and brown-bag lunches across Canada where he tries to get the audience laughing with him more than at him. Beyond his technology interests (which span from web to cloud to mobile) he is also active in the community raising funds to alleviate poverty, provide clean drinking water and to help find a cure for Juvenile Diabetes.

Has excelled in the software industry for over thirteen years. Leading many amazing and highly productive teams. His passion for technology and motivating individuals has kept his drive and focus strong. Early on in his career he showed an entrepreneurial spirit, starting multiple successful companies. He departed from this to learn more about the software industry by working with larger companies, such as Microsoft and Siemens. These diverse experiences have given a very unique perspective on teams and software engineering.

Jef frequently presents at conferences and training events. He currently runs the Windows Azure Vancouver Meetup which has over a hundred members. His presentations are geared towards the evolution that is occurring in the software industry known widely as cloud computing.

Is a developer specializing in designing and creating effective solutions for both the web and desktop environments. With over 12 years of experience in software design, development, and support, he has engineered strong, data-driven web applications using the Microsoft .NET Framework for large and small companies throughout North America. Ken also works with mobile technologies and has built apps for both the Windows Phone and the Android OS.

Is in the technology field for the same reasons almost all passionate IT people are: the joy of solving problems, the satisfaction of creating new things, and frequent change – all of which drive him to be constantly researching, exploring, and learning. He then imparts that knowledge onto others, assisting them in solving their problems, learning new skills, and growing their careers. By day he plays in the Enterprise Application Architecture space, focusing on the Financial Services vertical. He specializes in simplifying and unwinding enterprise application complexities, covering the full spectrum of conceptual, logical, and physical architectures. By night, he dabbles with the latest and the greatest web technologies, investigating how they integrate and take advantage of the Cloud.

Is a C# MVP and an independent consultant based in Montreal, Canada. For the past 11 years he has been very passionate about software development using .NET, especially software architecture, agility and good software practices. He is a co-leader of the Montreal .NET Community user group where he’s a speaker occasionally. 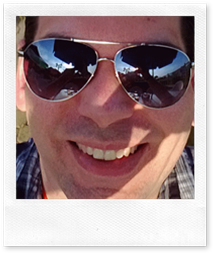 Is a senior software developer with over 15 years of experience in the .NET stack.   In those 15 years he has worked in the auto, medical and fitness industries. He specializes in building software that enhances people’s lives in their day-to-day activities be it work or play. His current goal is to combining his passion for art and development into beautiful useful apps.  Beyond that you can find him tinkering away on open data and open source projects using Windows Azure, Node.js, MongoDB, Xamarin and C# to glue it all together.

Has started developing software professionally in the days of .NET 1.1. Since then, he has worked on many different platforms including web, windows, mobile, and cloud computing. Tyler has been a Developer at Imaginet for over five years. In that time he has developed features for enterprise scale solutions, helping businesses achieve their goals through process improvement.

Tyler has a keen eye for efficiency and eliminating waste. Tyler will often walk the line between software and infrastructure with experience in Windows Server environments, IIS, and Hyper-V virtualization. He has been working with Windows Azure since its initial release and has become a cloud leader for Imaginet.

3 responses to Have You Met The Canadian Windows Azure Community Experts?